When the founder of Boy Scouting, Robert Baden-Powell, returned home after serving in the Boer Wars in the early 1900s he was troubled by what he saw. Many of the boys in his community were idle and wandering the streets, getting into mischief and causing problems with all kinds of riotous living. They lacked supervision and direction as their fathers were away at war. Baden-Powell envisioned Scouting as not only an exciting organization that would keep these boys busy, but it would also be an engaging way to teach them morals and skills that would benefit their lives and their communities.

We can see many similarities in our own society today. Gang violence runs rampant, everything from school shootings to graffiti, with many boys just plain getting in trouble. Our youth have too much time on their hands and too little direction in their lives. At this time in our history, boys need Scouting more than ever!

One day, when my father was about 14 years old, he was sitting in school when someone entered his classroom to tell them all about the fun and adventure of Scouting. They learned that in The Boy Scouts of America you could shoot guns, swim, and rock climb, as well as participate in all kinds of other adventure that a boy would love. He studied the flier that contained information about the Boy Scout joining night that would be held the following day at the local church down the road.

He was presented with a decision that would have an impact on the rest of his life. 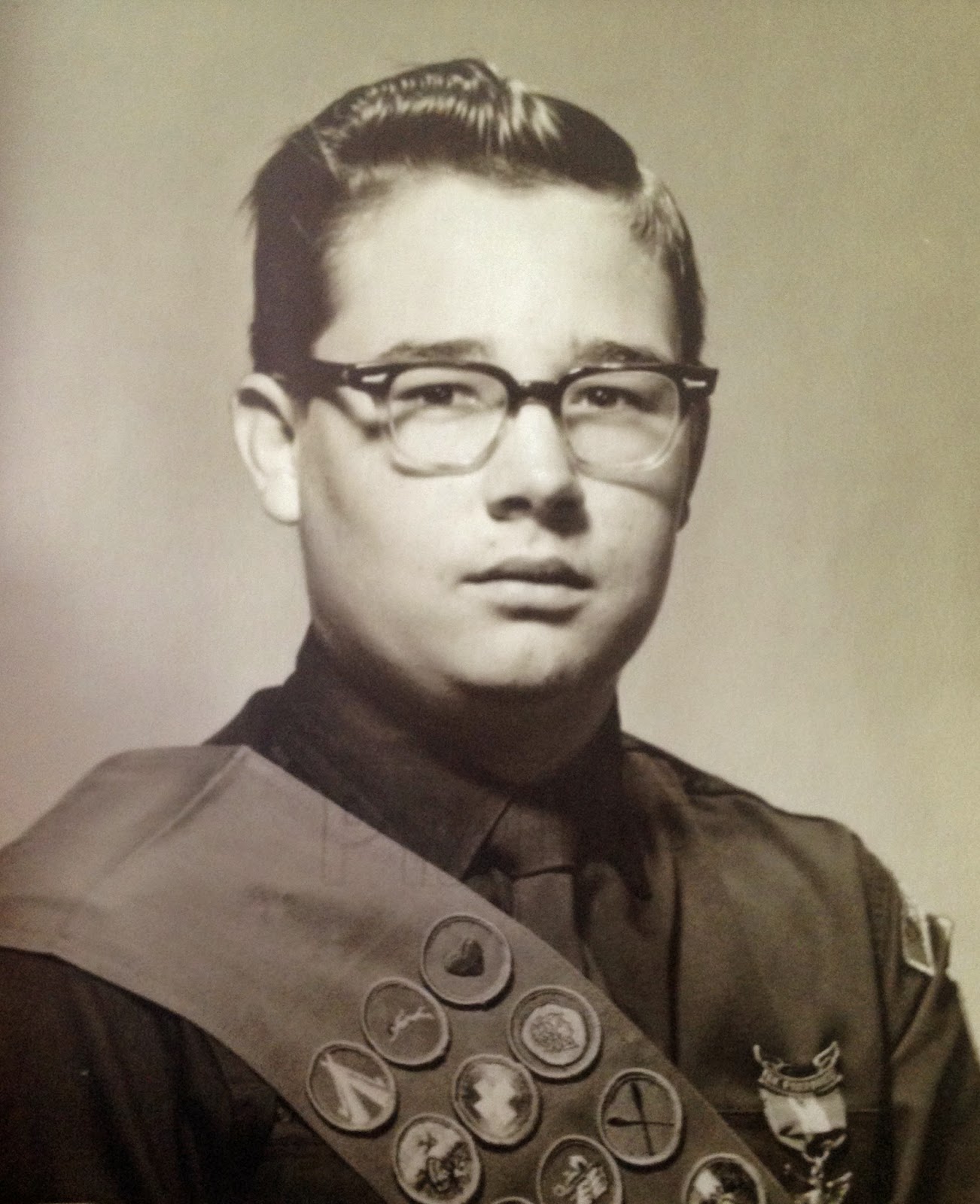 At this joining night he met his future Scoutmaster. On the stage was a leader who was talking about the Scout Oath and Law with the "new recruits." Just outside the door they had an archery activity set up for the boys to do while the parents were filling out paperwork and learning about the vision of Scouting. There was a pinewood derby track, a raingutter regatta, and an area for the Cub Scout age boys to learn their Promise, Law and Motto. After my dad returned home, he could not stop talking about both the fun that he had that night and the excitement and adventure yet to come. In the future there would be many hikes, camping trips, shooting sport adventures, and all around good times with Scouting.

From that time forward, he was hooked both to Scouting and to the religious organization that chartered their Boy Scout troop. This happened to be the LDS Dysart Ward in downtown Phoenix, Arizona, but just as easily could have been another religious or community based chartered organization. Through recruiting, this Boy Scout troop was able to grow from just a couple of boys to over 40 boys that stayed together clear through earning their Eagle Scout awards. Most of them ended up serving missions for The Church of Jesus Christ of Latter-Day Saints.

The following video, forwarded to me from the Young Men General President of the LDS church, David L. Beck, tells how Scouting has profoundly influenced a group of boys who needed positive role models and direction in their lives:

Because of a brief encounter with The Boy Scouts of America during school one day, my family has been greatly blessed and generations of people's lives have been influenced for the better. My father continues to instill in his children and grandchildren the values of the Scout Oath and Law, which are now being passed on to the third generation of Boy Scouts who have been affected by this one decision.


"The spirit is there in every boy; it has to be discovered and brought to light."
~ Baden-Powell
Posted by admin at 10:25 AM